David began his career in 1999, as a ticket sales rep with the Detroit Tigers. He was a member of the front office staff for the World Champion Florida Marlins in 2003. Over the course of his career, David has had the unique privilege of helping build two brand new teams from the ground up (in 2005, with the Mesa Miners of the Golden Baseball League; and in 2016, with the New Britain Bees, of the Atlantic League).

Most recently, David served as the Senior Director of Ticket Sales for Hartford Athletic, of the United Soccer League. In addition to the aforementioned teams, David has also enjoyed sales and management roles with the NHL’s Florida Panthers, the Birmingham Barons (the AA affiliate of the Chicago White Sox), the MLS’ New England Revolution, as well as a role as a Corporate Sales Manager for ESPN, helping to run their college football bowl game in Birmingham, Alabama.

David was born in Fair Lawn, New Jersey and raised in Boca Raton, Florida. He received a Bachelor’s Degree in Political Science from the University of Missouri. He also holds a Master’s Degree in Sports Administration from St. Thomas University, in Miami, Florida. In his spare time, David enjoys bodybuilding and became a professional bodybuilder in 2019. David resides in West Lafayette, with his wife, Andrea and their son, Shawn.

Caela McBride, a born and raised Coloradan brings an exciting, and fun energy to the Lafayette Aviators as the Assistant General Manager.

Caela has worked in Minor League Baseball for the past five years. Her most recent position was Promotions Director for the Kane County Cougars in Geneva, Illinois. She brings experience with in game entertainment, and theme night execution producing 25+ theme nights a season.

Caela is the proud oldest of two younger sisters, Maddie and Joelie. She received a Bachelor of Science in Sport Management, and a Bachelor of Administration in Business Administration at Colorado Mesa University. When not at the ballpark, Caela has various hobbies such as; painting, reading, playing with her dog Piper, and watching the Colorado Avalanche (Go Avs Go). On a long weekend you can catch Caela attending sporting events, and trying to cross off MLB ballparks from her list.

Alexander Atwood, more affectionately known as Zander, is the Aviators’ Vice President of Sales, and is excited to bring a wealth of experience in sports and entertainment to the Greater Lafayette area’s best summer collegiate baseball team.

A native of Valparaiso, IN, Zander has lived and worked in the Greater Lafayette area for the past four years as a ticket service and retention representative with Purdue University Athletics.  Before moving back to Indiana, Zander worked in ticket sales at both Western Michigan University Athletics and the Battle Creek Bombers summer collegiate baseball team of the Northwoods League.

He also interned at Walt Disney World in Orlando, FL in parade audience control at the Magic Kingdom. Zander received his Bachelor’s Degree in Business Administration / Sport Management from Aquinas College in Grand Rapids, MI in 2014, and recently received his Master’s Degree in Business Administration from Purdue University Global in June of 2020.

Zander recently married his wife Sandra in October of 2020, and they live together with their cat Ted, and dog Evie.  Zander enjoys participating in and attending live sporting events and concerts, road-tripping to and exploring new places with his wife, and checking out new craft breweries and local eateries anywhere he goes.

Zander is a lifelong fan of the Chicago Cubs, Chicago Bears, Chicago Blackhawks, Purdue Boilermakers, and most recently his Lafayette Aviators.  For more information on the Lafayette Aviators and ticket pricing, feel free to reach out to Zander anytime, and he’ll be happy to help you out. #TakeFlight

Shannon Gadomski is a recent graduate from the University of Illinois at Urbana-Champaign. She received a Bachelor’s Degree in Recreation, Sport and Tourism with a concentration in Sport Management. Shannon interned with the Aviators during the 2021 season from January-August and is excited to learn more in her new role as the Sales, Marketing and Social Media Manager.

Shannon comes from a huge baseball family and grew up a Braves fan in Illinois. When there’s an opportunity, she travels to different MLB ballparks to watch the Braves play, but she loves being at Truist Park most. In her free time, Shannon loves spending time with her family and her dog (Dansby), watching baseball/going to baseball games and taking vacations to the beach.

Dustin Elliott born and raised in Lafayette,Indiana, brings 10 years of food and beverage service with the majority of his experience from Purdue University Athletics, while also supporting at various events like: The 100th running of the Indy 500, Indianapolis Pacers, Indy Eleven Soccer, BNP Paribas Open, BIG 10/March Madness tournament. Dustin brings an outgoing and eager personality to the team  with a background in concessions. Graduated from Lafayette Jefferson High School in 2012 where I began working for Purdue Athletics.

In his free time he enjoys cheering on the Purdue Boilermakers, Detroit Tigers,  the G.O.A.T LeBron James, and the Colts. Dustin enjoys comedies, listening to music, spending time with family, cooking, and playing video games. If he could have dinner with any celebrity it would be Lil Wayne.

Grant McGraw, one of our very own sales interns, is excited for the opportunity to further his sales career in an environment that he is very comfortable in.

Grant is currently enrolled at Purdue University and studying selling and sales management. He is currently in the second semester of his sophomore year. Grant has lived around the Lafayette area for the majority of his childhood and has always been an avid Purdue sports fan. Some of Grant’s favorite things to do include; going to Purdue sporting events, hanging out with friends, and watching movies.

Grant plans to have a career in sales but is unsure of the industry that he wants to pursue. Grant will be helping us out with selling a variety of ticket packages this season.

Currently studying sports management at Ivy tech and is looking to get a minor is coaching. She worked with the Aviators during the 2021 season, up in suites. She is excited to jump into her new role as a sales associate. She hopes to one day be able to run a stadium just like the GM here at Loeb. She grew up in Lafayette and has always enjoyed playing softball ever since she could remember. She enjoys being a concert goer, traveling to new places, and snuggling up with her 90 pound Pitbull Bunker. And interesting fact about her is that she has seen 17 people in concert, one of them she has seen more than once.

I was born in Mexico then moved to San Antonio Texas when I was 12. Moved to Lafayette to attend Purdue University. Studying Selling and Sales management and pursuing a certificate in Entrepreneurship.

I am very excited to graduate in May and continue to grow my sales skill set. I enjoy sales because it is a competitive environment where you can grow tremendously.

Summer is my favorite season because that means I get to travel around the world with my family. I enjoy learning about new cultures and cuisines.

My top 2 favorite places that I have been to are Greece and Portugal. 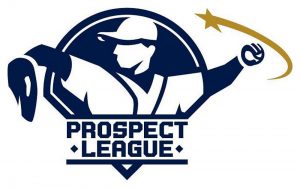 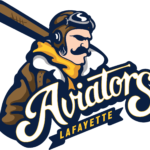